Before there were cars and bikes, before there were cycles and any form of two wheeled automobile, there was the Cart! No sooner had the Wheel been invented than the Cart became the form of transport chiefly for those at the top of the pyramid of power. Even before the Wheel and the Cart there was transport! Yes, indeed, there was! The one that travelled on human mechanics alone; the Palanquin. This form of transport in India was used to carry those in Power, those in poor-health, those who had aged and also, for the one day of her life when she was the Centre of everyone’s sphere of activities, the Bride! The bride in India was carried by her brothers and near of kin is a well-decorated Palanquin in the middle of a processions of elders and children, chiefly men, who sang their way to her husband’s home and her new abode for life, from whence she was to only cross the threshold for her final farewell from life. In the craft of Dhokra which uses the lost wax technique, this scene has been immortalized by an artisan from Chattisgarh in Northern India. These gems of objects, made in India, are treasures to acquire and savor. Each has a story to tell and a journey to share, from the source of its inspiration to the flawless and often rustic execution of the artisans hands that create these masterpieces. Take home a bit of India. Browse, connect and shop online. Meet the India Less-visited. 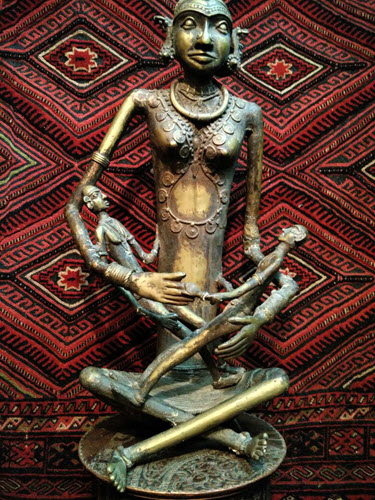 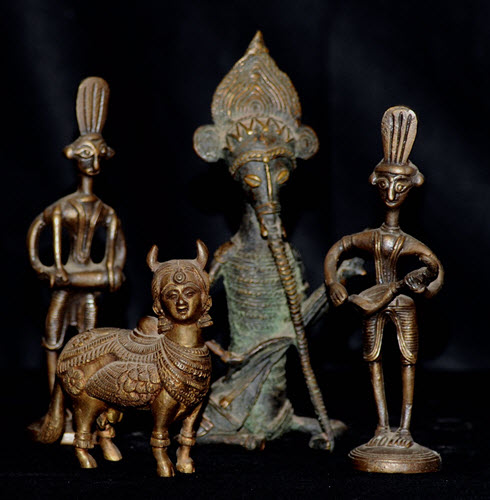 2 thoughts on “Of Brides and Palanquins” Leave a comment ›