Awe-inspiring, stunningly masterful strokes of genius make this Jamavaar in Black, with oversized, elongated paisleys woven in perfectly symmetrical pairs with rich, soft tones of Moss Green, Cream, Orange, Soft Blue and Red a magnificent work, in conception and skill. Such refinement in execution, as though it were fine penmanship, is the product of the ancient craft of weaving where many years would go by toiling over every inch to be gained, flawlessly, perfectly and uniquely. These are ancient treasures passed on by custodians of Crafts and Heritage to be enjoyed, preserved and passed-on further to the next and the next generation. 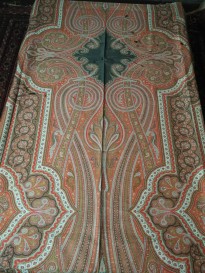 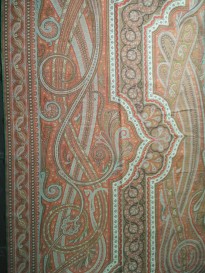 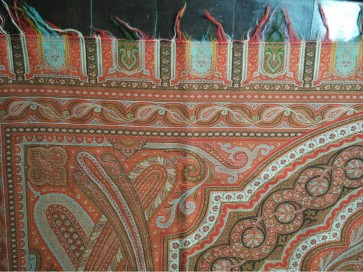 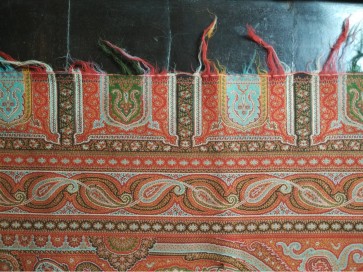 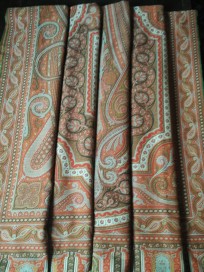 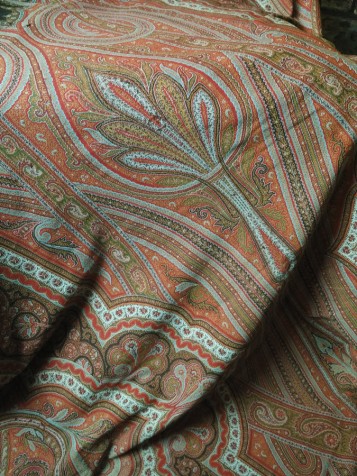 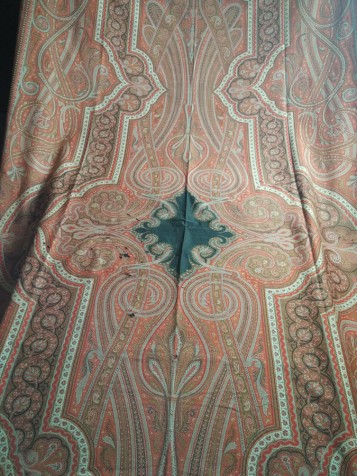 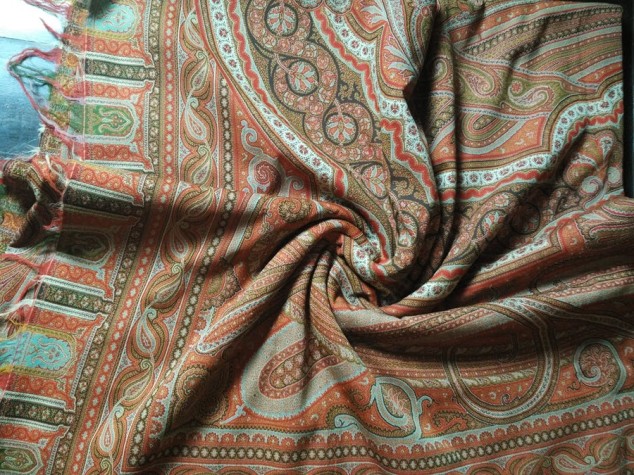